Put Your Hands Up 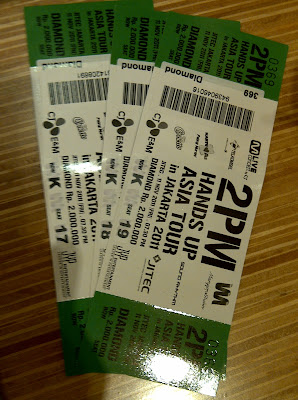 Last Friday on 11-11-11, my sister, my friend, and I watched 2pm concert at JITEC-Jakarta. 2pm is a Korean boyband. The concert was so definitely totally really AMAZING! You guys done such great job, 2pm! 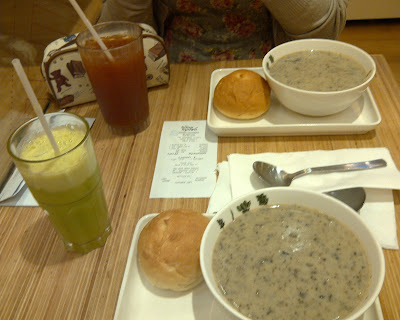 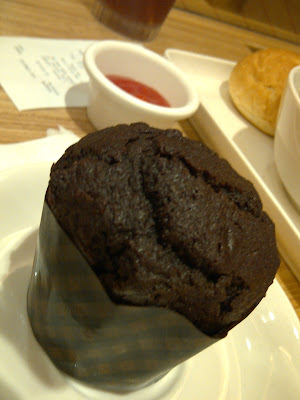 Some foods before the concert. It's soup and spoon in Grand Indonesia-Jakarta. They served great salad and soup! Nice choice for the one who's on diet. 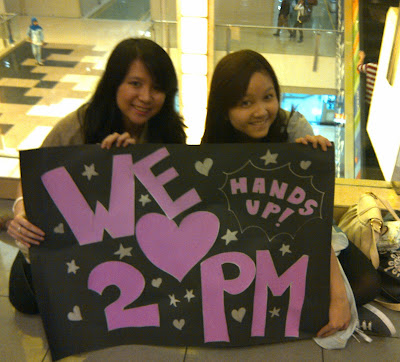 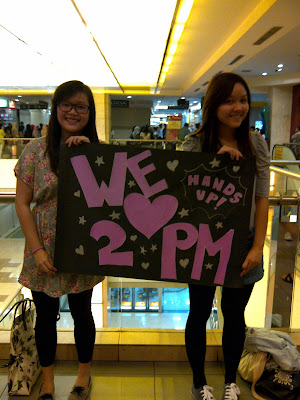 My sister made this poster but we don't put it up on the concert because we were affraid if that disturb the fans that sat (or should I say stand on the seat) behind us. 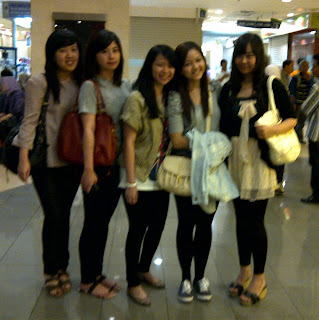 Accidentally met my long-time-no-see friend, Cicilia Sohrianto! She is my college friend. But she watched in other seat region. 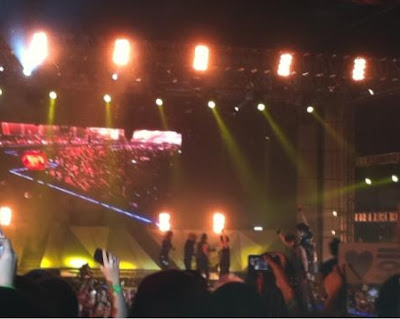 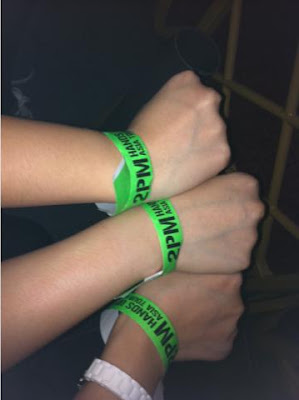 I can't get the clear photos of them because we were not allowed to bring camera. So I used my blackberry, which suddenly went off because it ran out the battery. But we really enjoyed the show very much. Can't wait to watch them again next year!
Posted by Vanesa Indrawan at 8:53 PM

Email ThisBlogThis!Share to TwitterShare to FacebookShare to Pinterest
Labels: Event