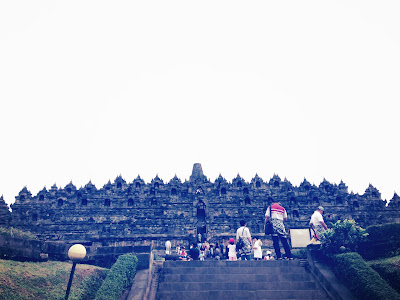 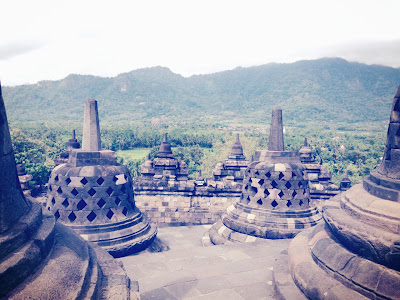 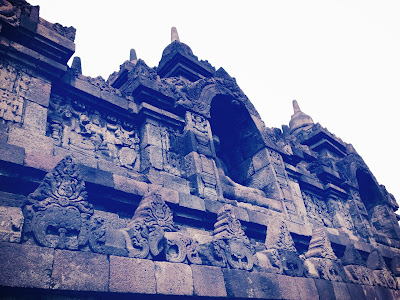 Day 2 at Yogyakarta! We visited one of the seven wonders, The Buddhist temple; Borobudur. The entrance ticket is IDR 30000. This temple built by Syailendra Dynasty at 9th century. And my history teacher said they used egg yolk as the glue. But of course now this temple already restored and I'm sure egg yolk is no longer used as the glue. I recommend you to do warming up before stepped up to the highest part of the temple. 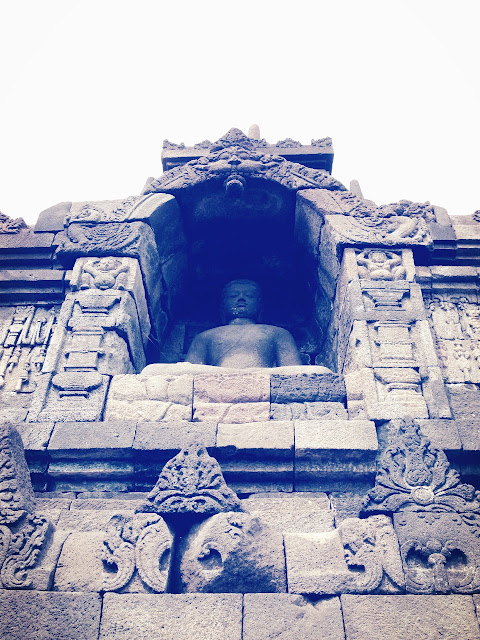 After Borobudur, we ant to Ketep pass. It's the highest place on Yogyakarta. The driver said we can see the Merapi and Yogyakarta from the top. *I forget to mention you before, on day 2 and 3 we used rent car, it's much cheaper than taxi* But unfortunately there was fog so we barely can't see anything TT. So to entertain ourself we entered the Merapi Museum. 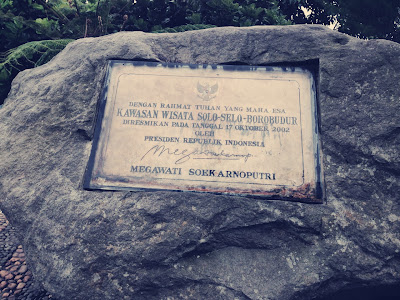 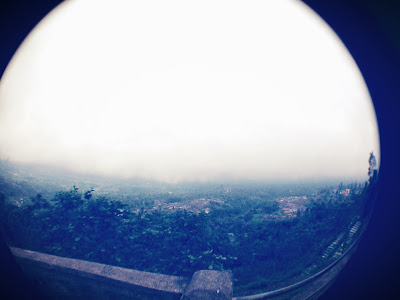 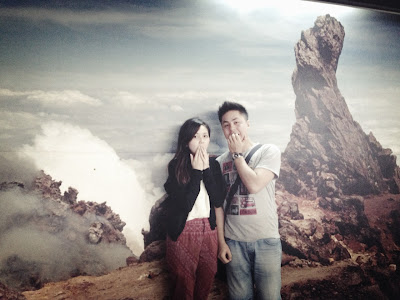 Inside the Merapi Museum

We planned to go to Prambanan Temple. But it was raining so hard, so we decided to postpone it. And we did the city trip to buy some souvenirs and and food that "so Yogyakarta". But before that we ate at Pringsewu restaurant. 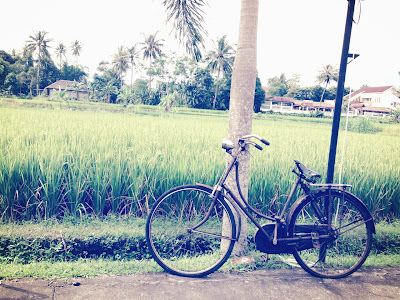 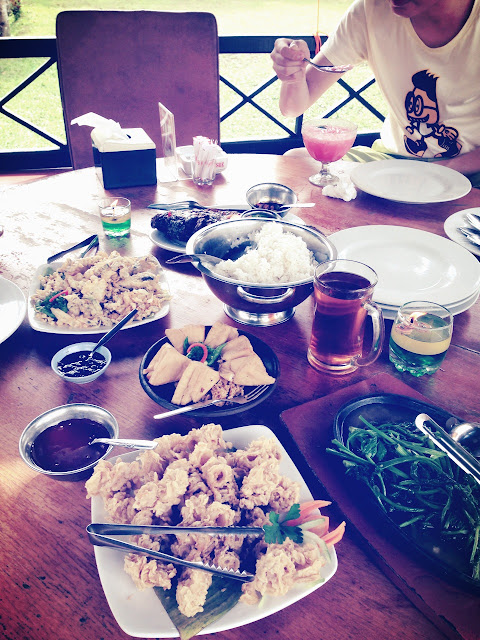 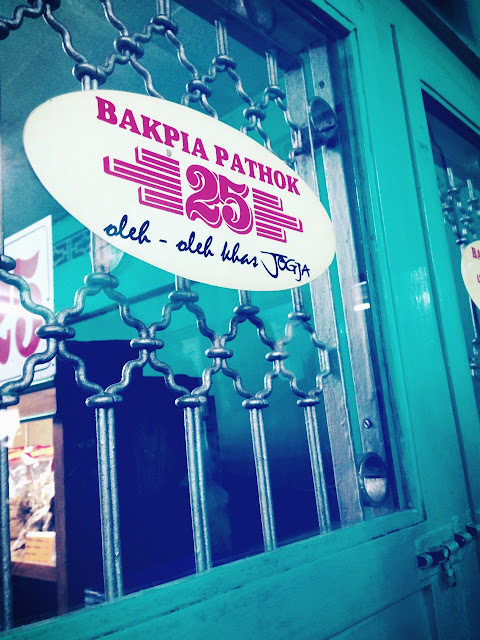 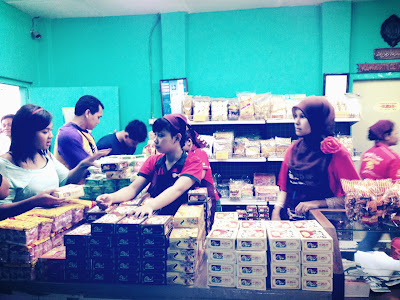 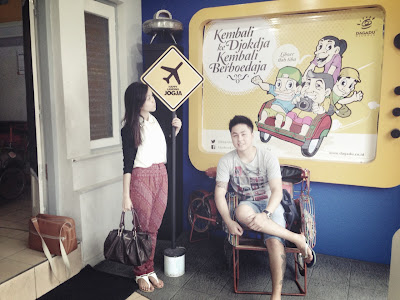 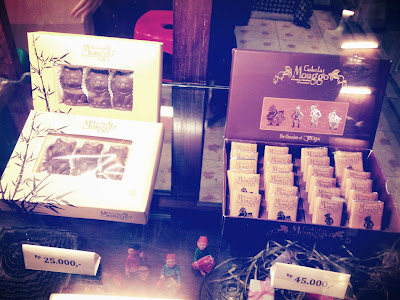 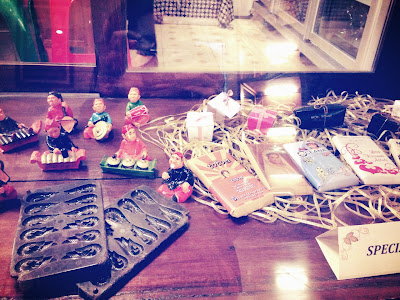 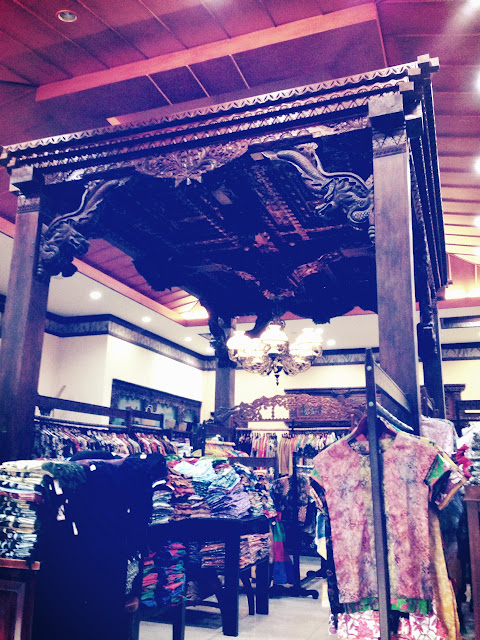 At the night, I went to Paris Caffe to meet my blogger friend from Yogyakarta. She is so beautiful and graceful and slim. And also she is very kind. Thankyou for meeting us during your exam, Denia.
After that we tried eating at "Angkringan". Basically you eat at pedestrian street using carpet. 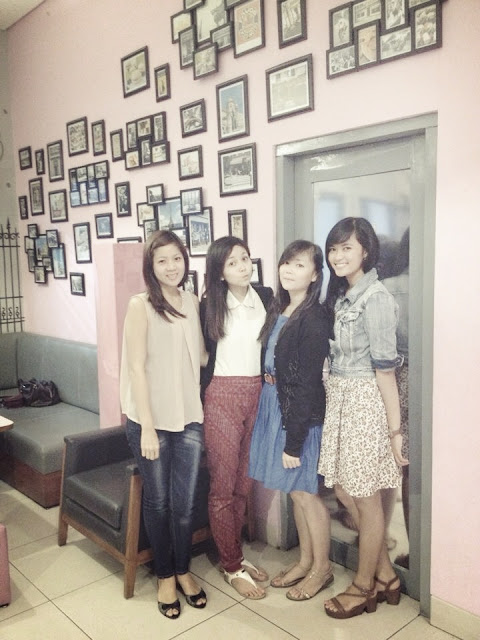 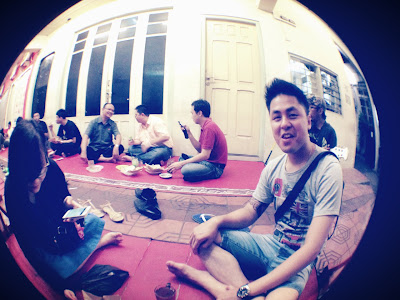 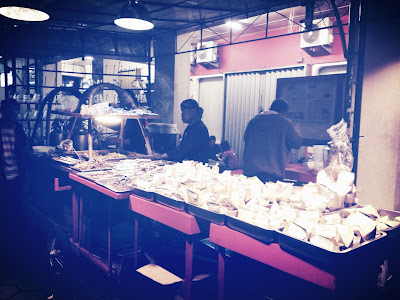 Have a nice weekend all of you!

Posted by Vanesa Indrawan at 12:27 PM